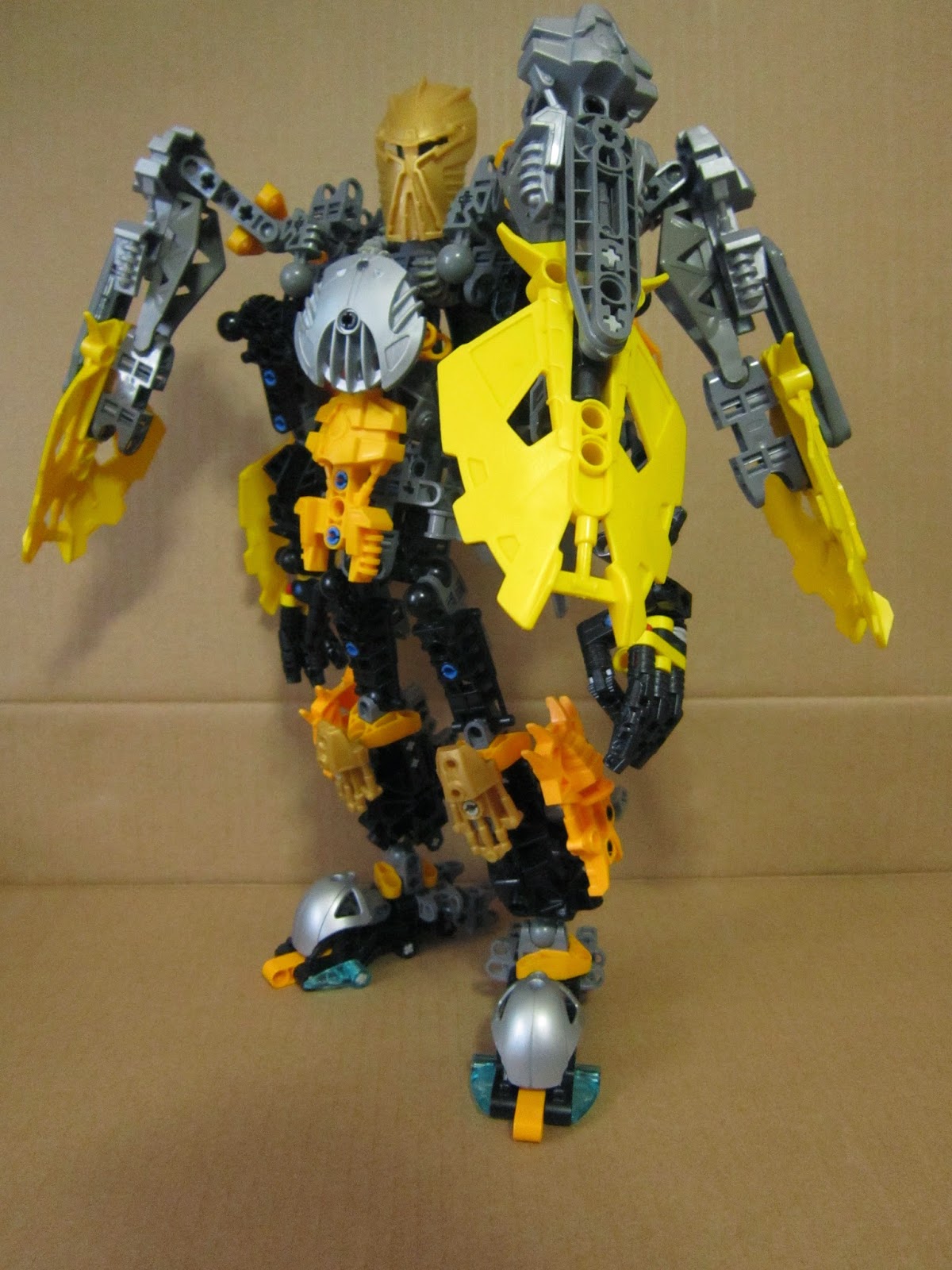 Description: In an alternate universe, Mata Nui rules overtly over his domain. Revered by all and without match, Mata Nui is the ultimate being of the universe.

But not everyone one knows, that Mata Nui is not Mata Nui. He is in fact an imposter, someone else entirely. His motives, or even how he ended up posing as Mata Nui is a mystery, but the time when his true intentions shall be revealed draws ever so closely...

Comments: This MOC was done in July 2014. My initial idea came from a certain Gundam UC Mobile suit (no prizes for guessing which one it is!). After seeing how I had four yellow shield pieces from the knockoff Toa Mata Nui I reviewed quite a while back, I've always wanted to make a MOC like the Kshatriya. The binders in the end proved to be a little short to achieve the same effect, so it morphed into Mata Nui Shroud.

The hands were taken whole-sale from Toa Mata Nui by the way, before anyone says anything. (He killed Mata Nui and used his body parts...?! I'll leave that up to your imagination...*.*) 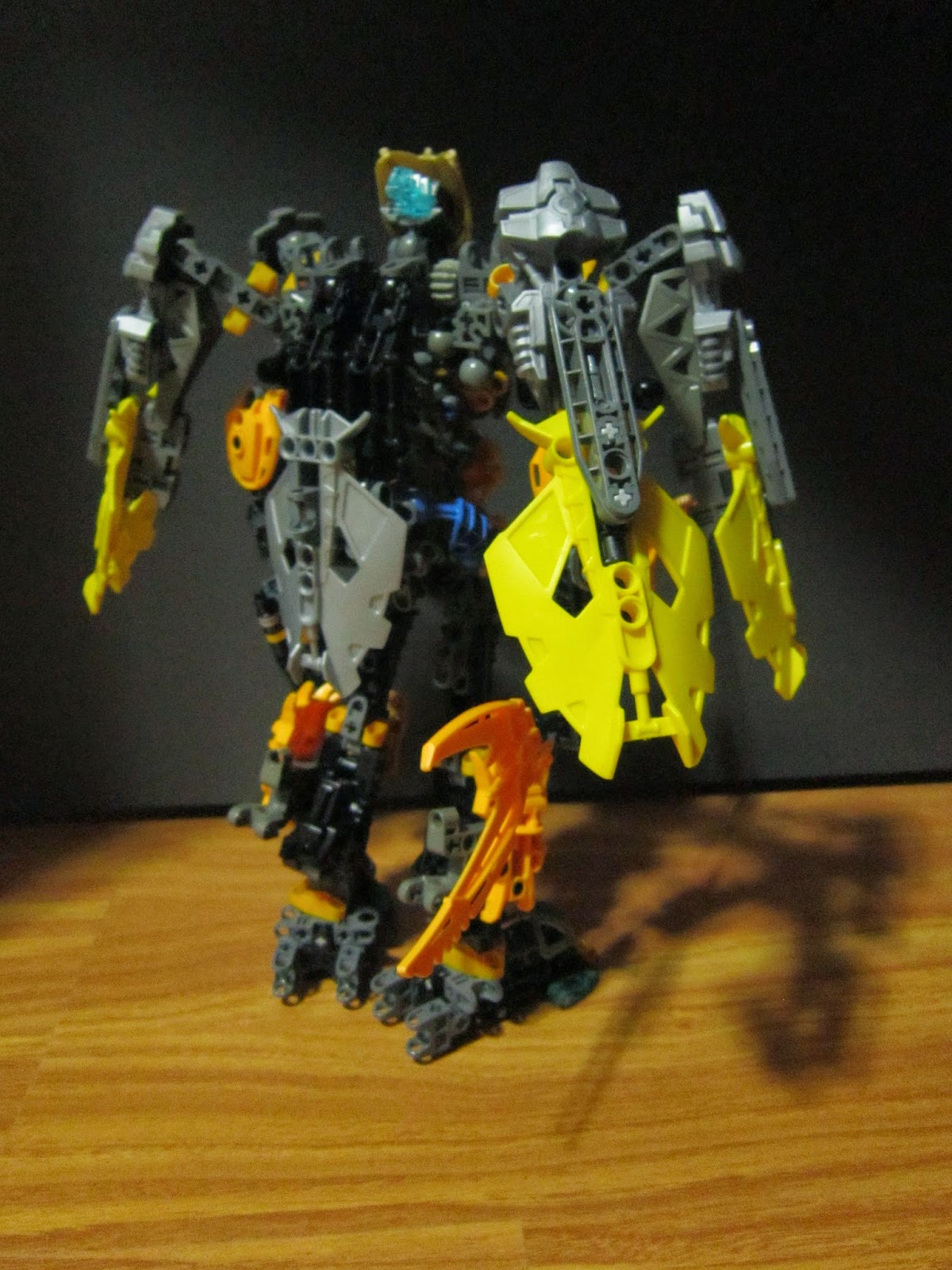 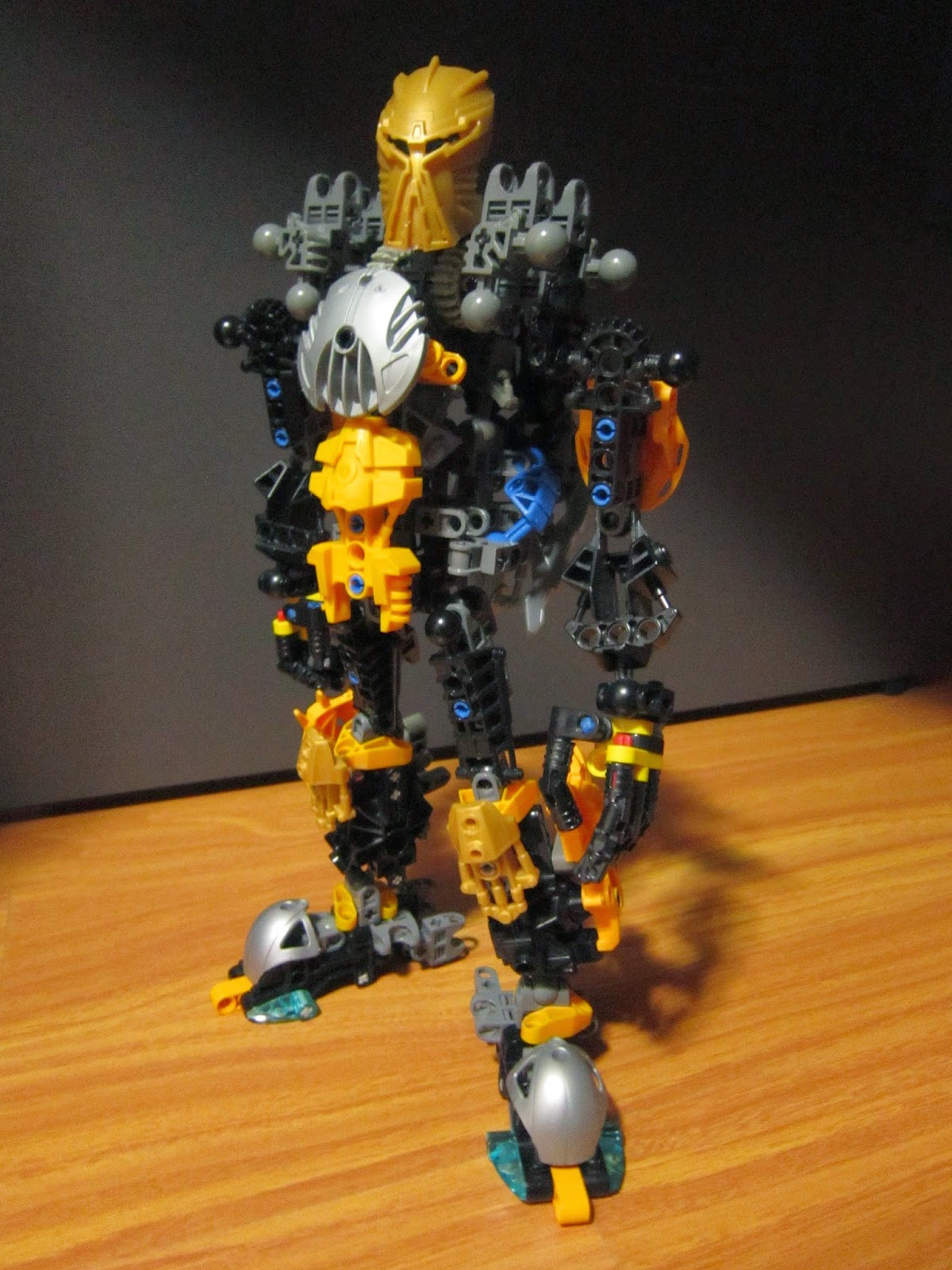 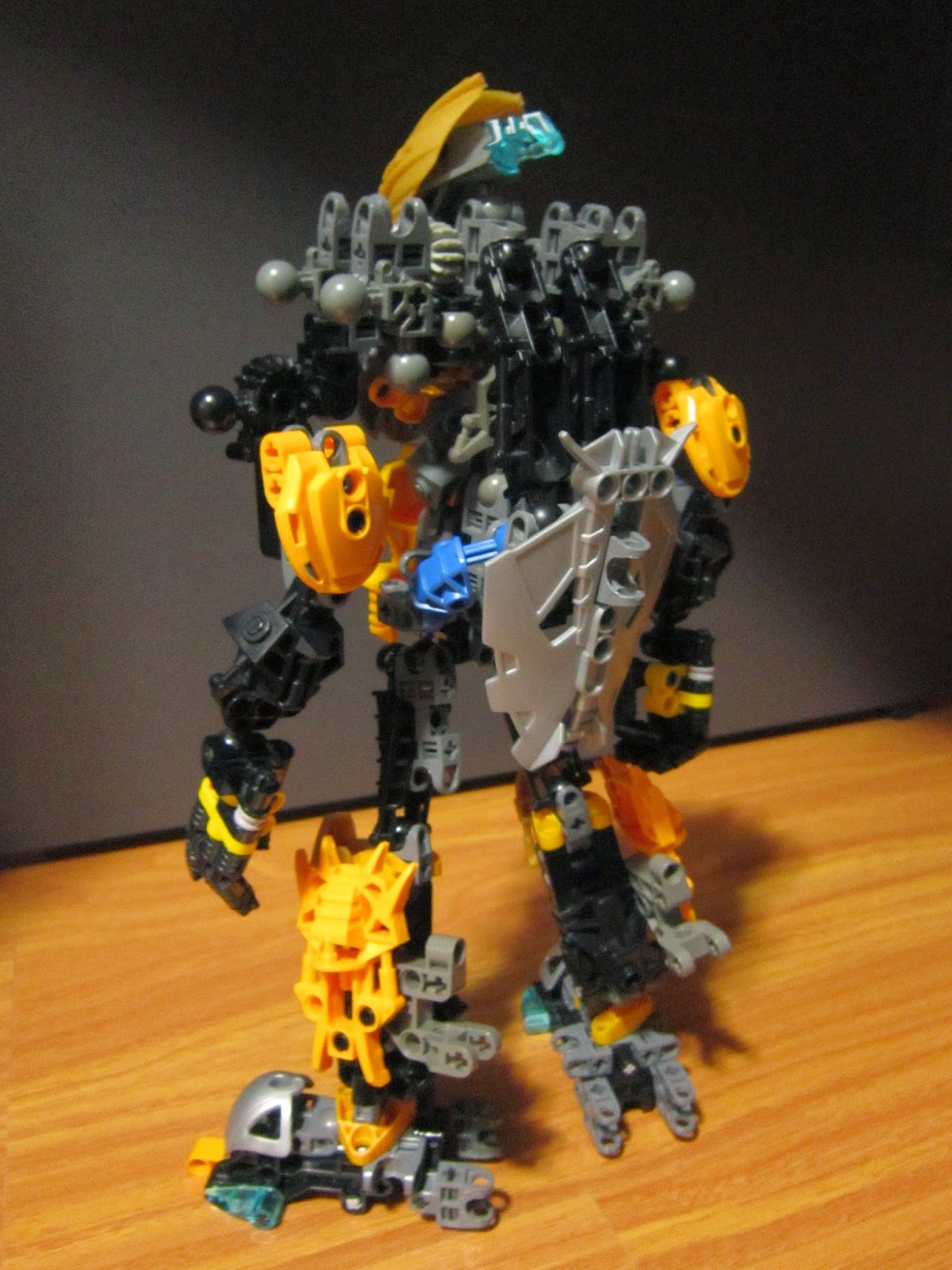 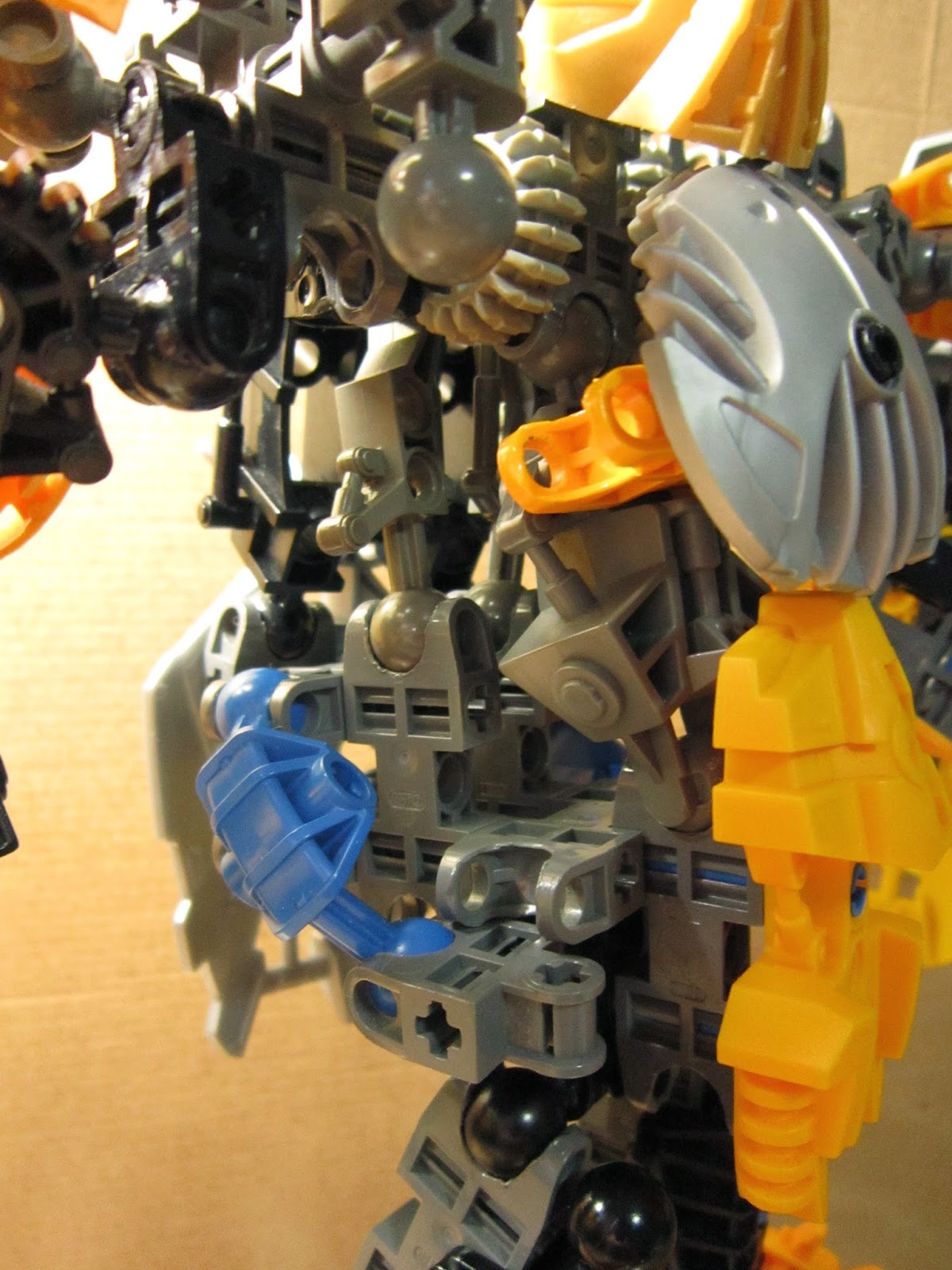 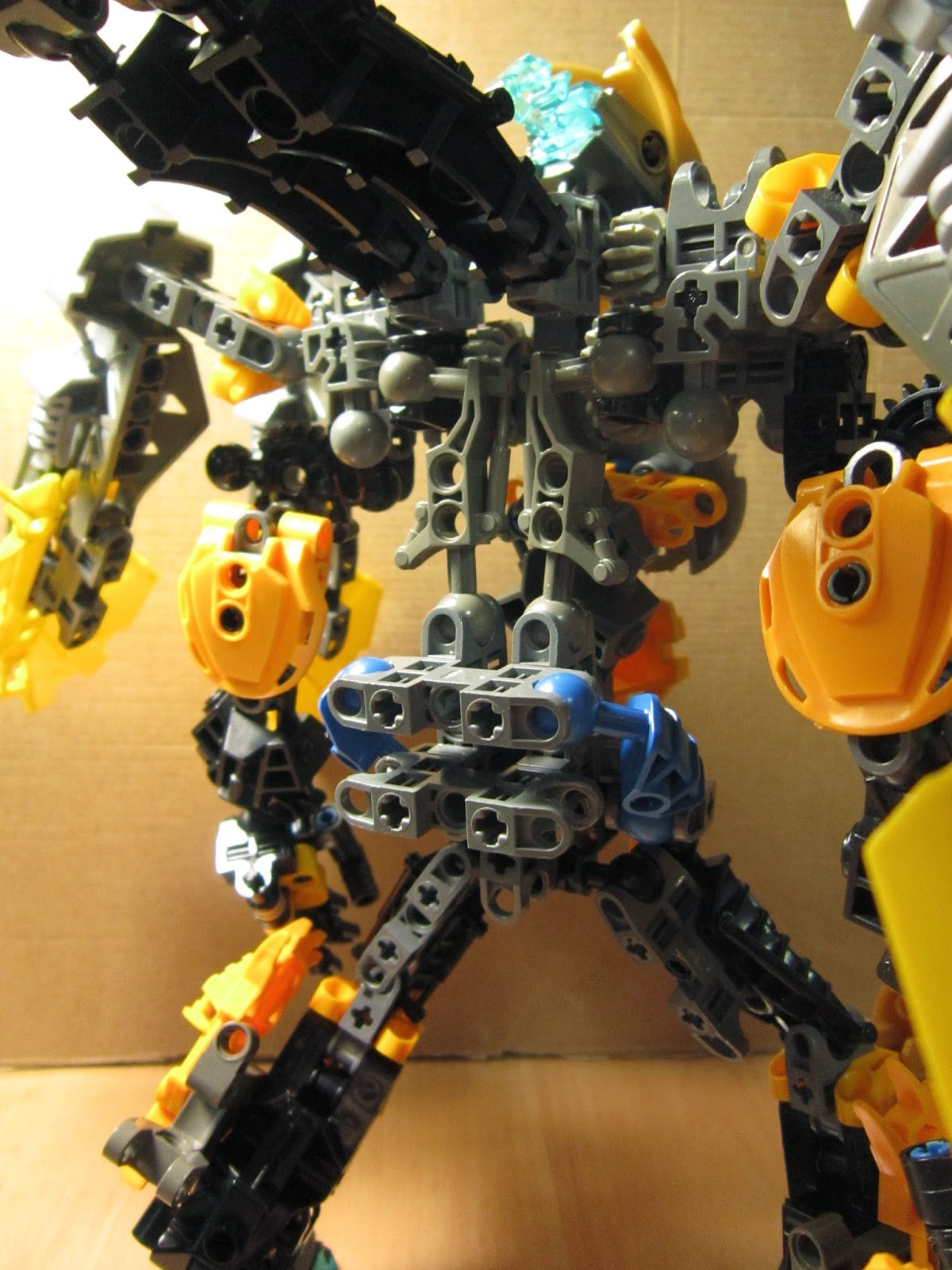 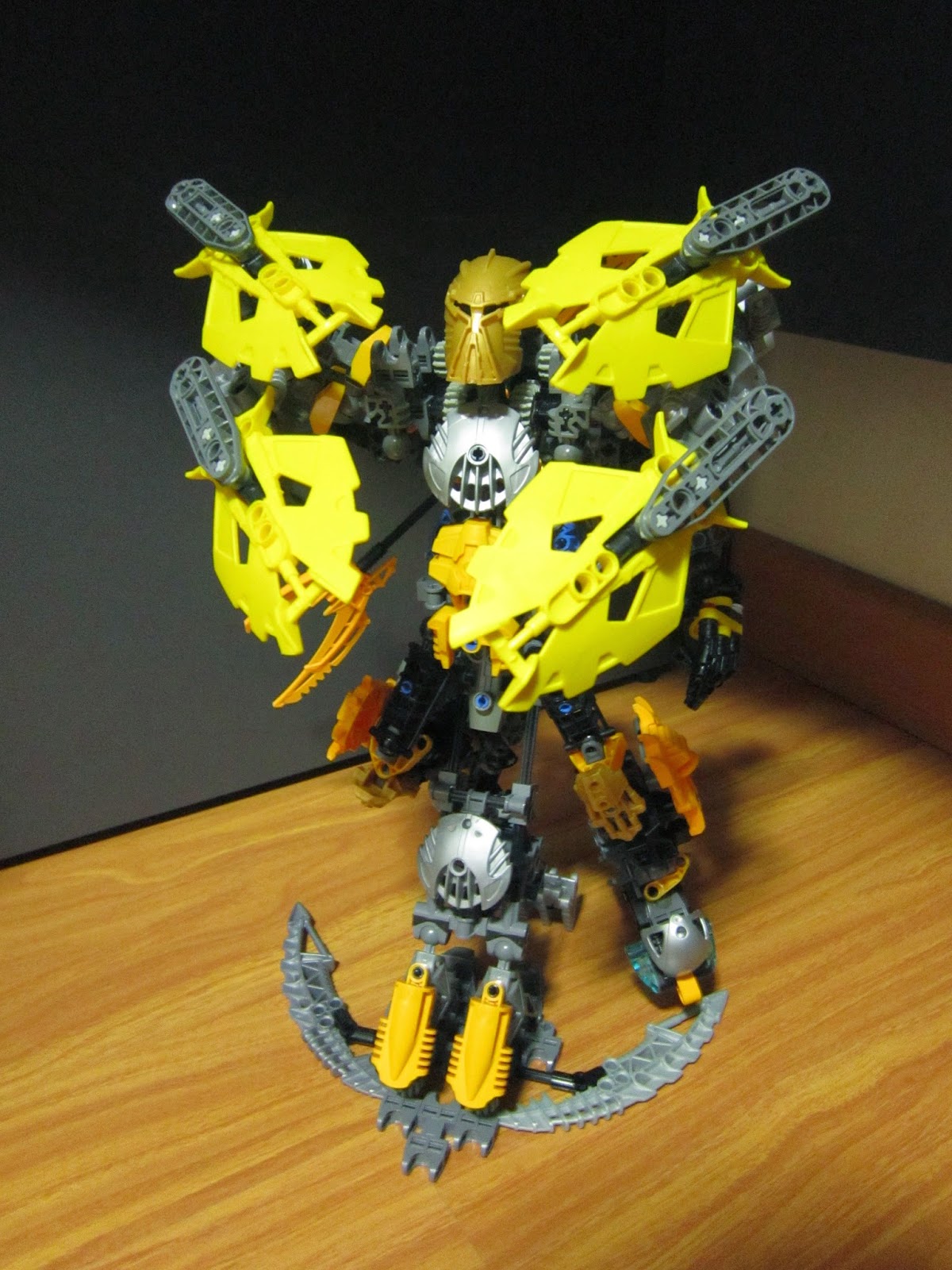 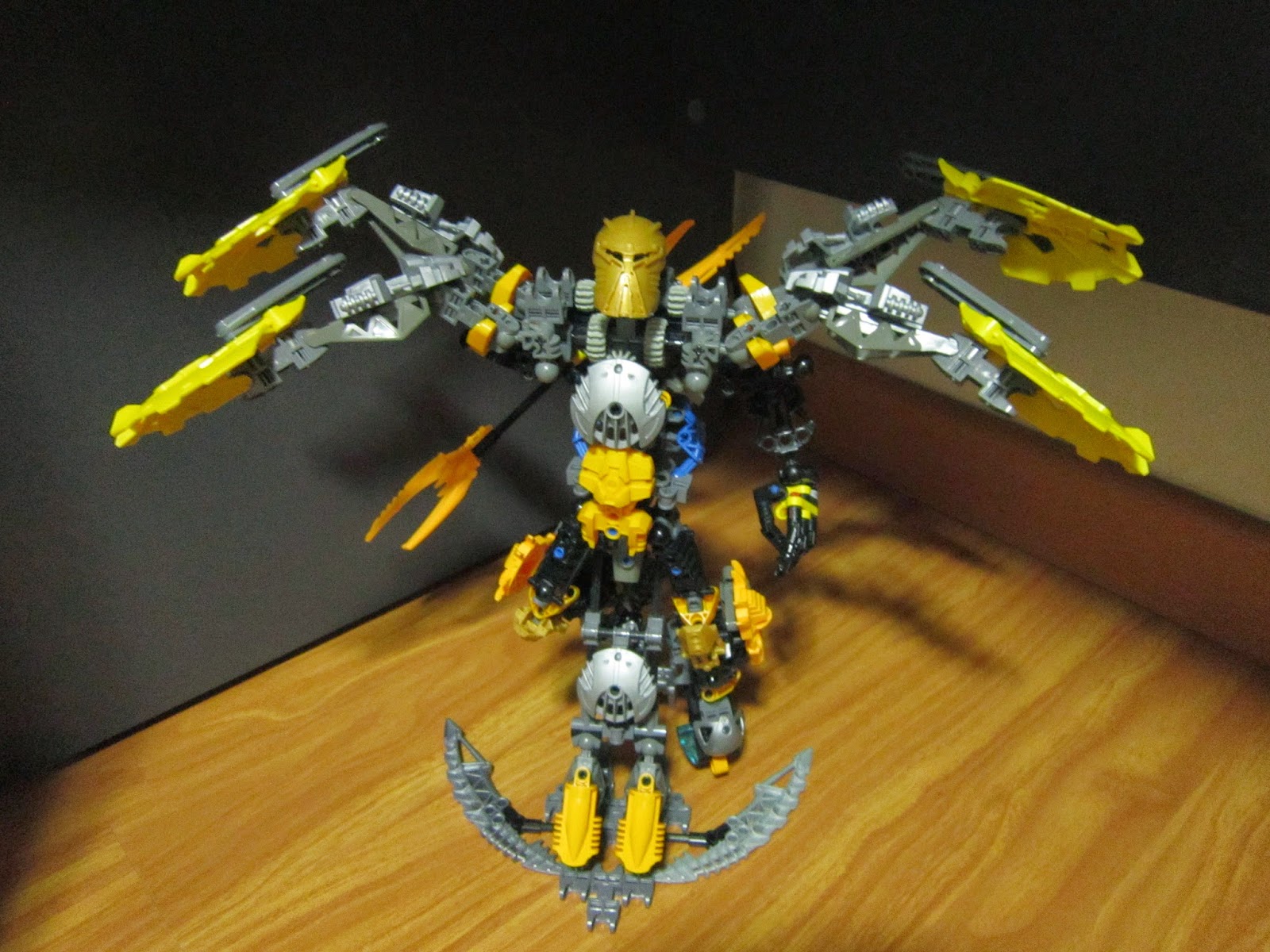 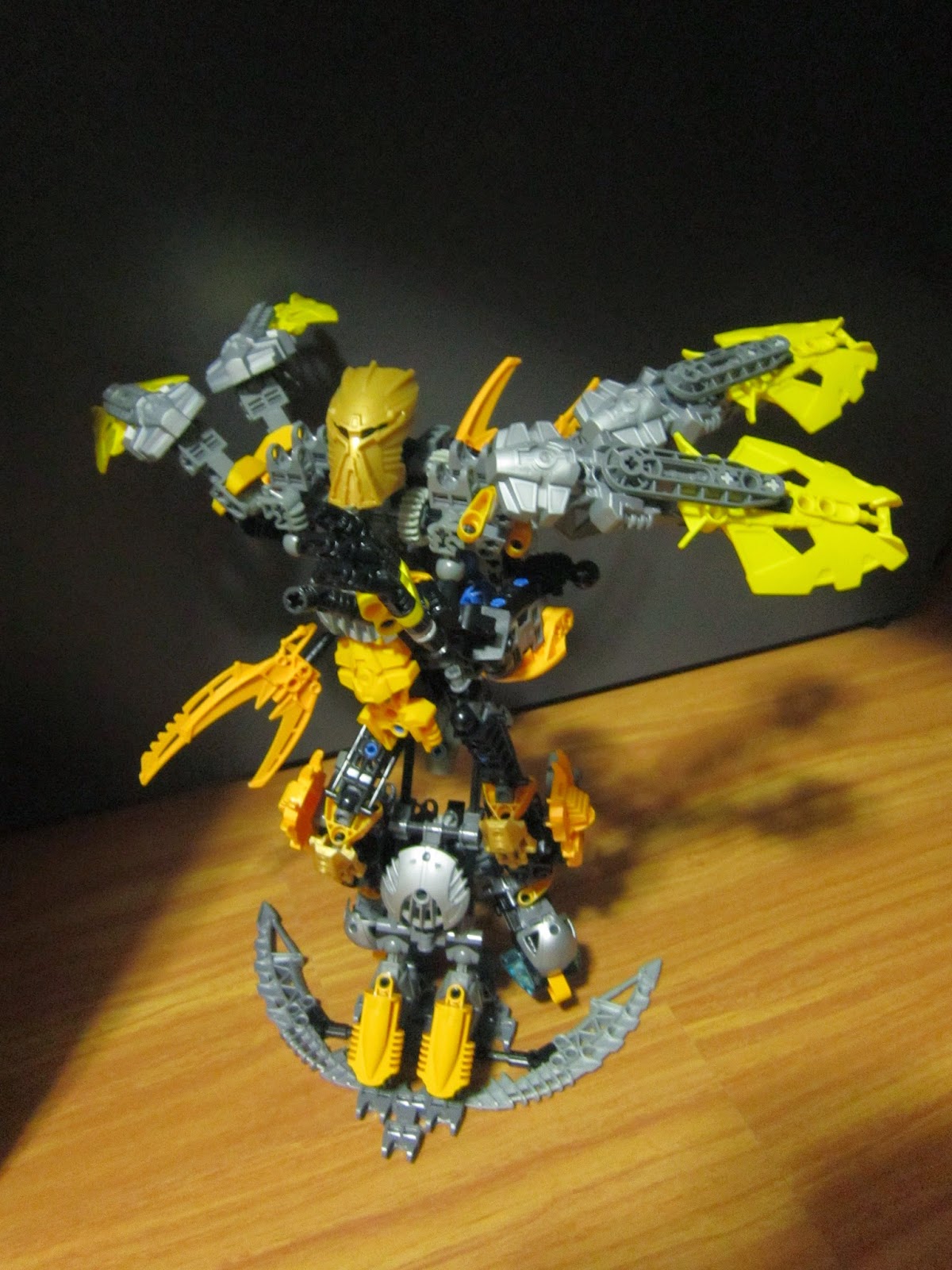 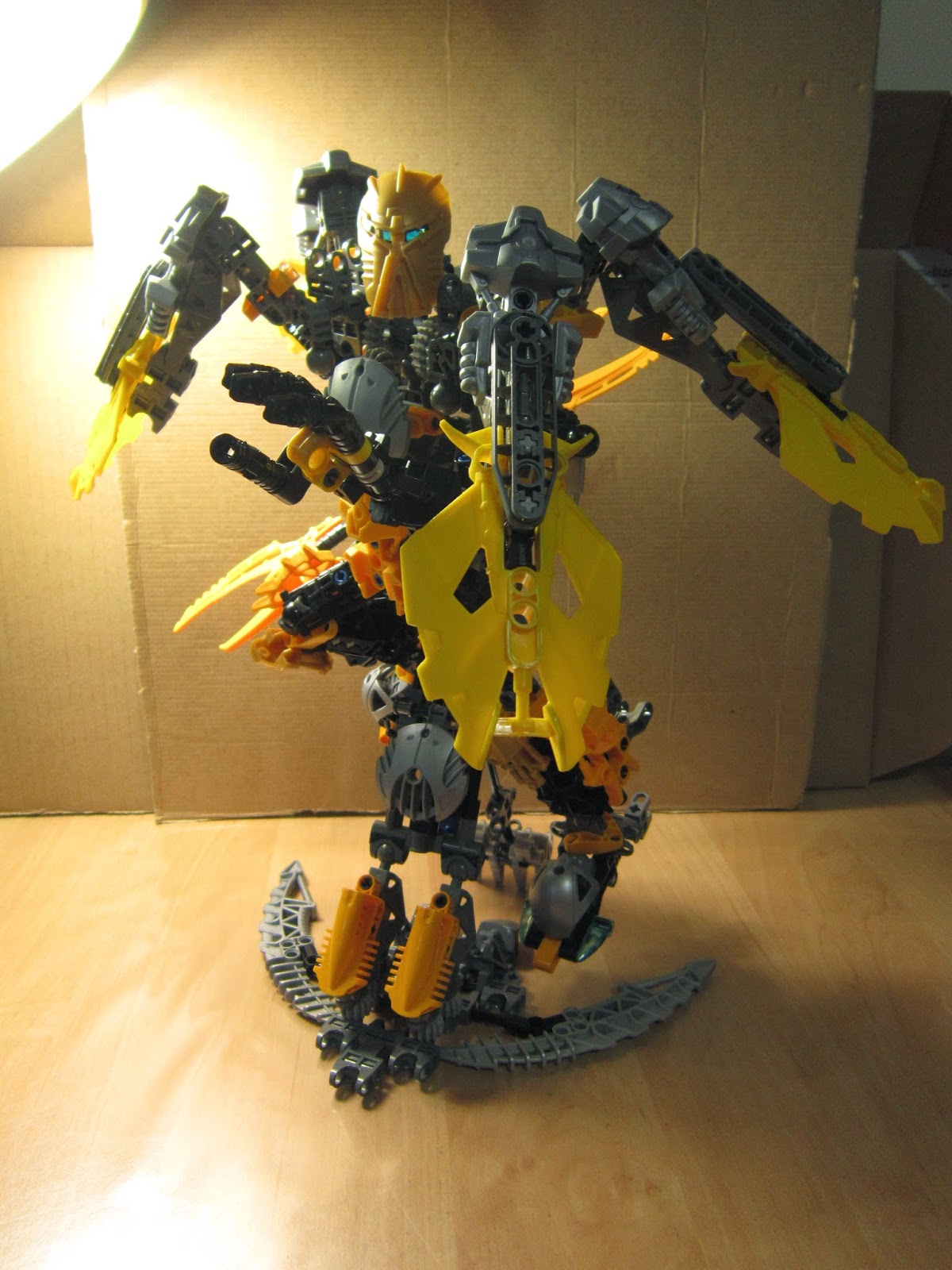 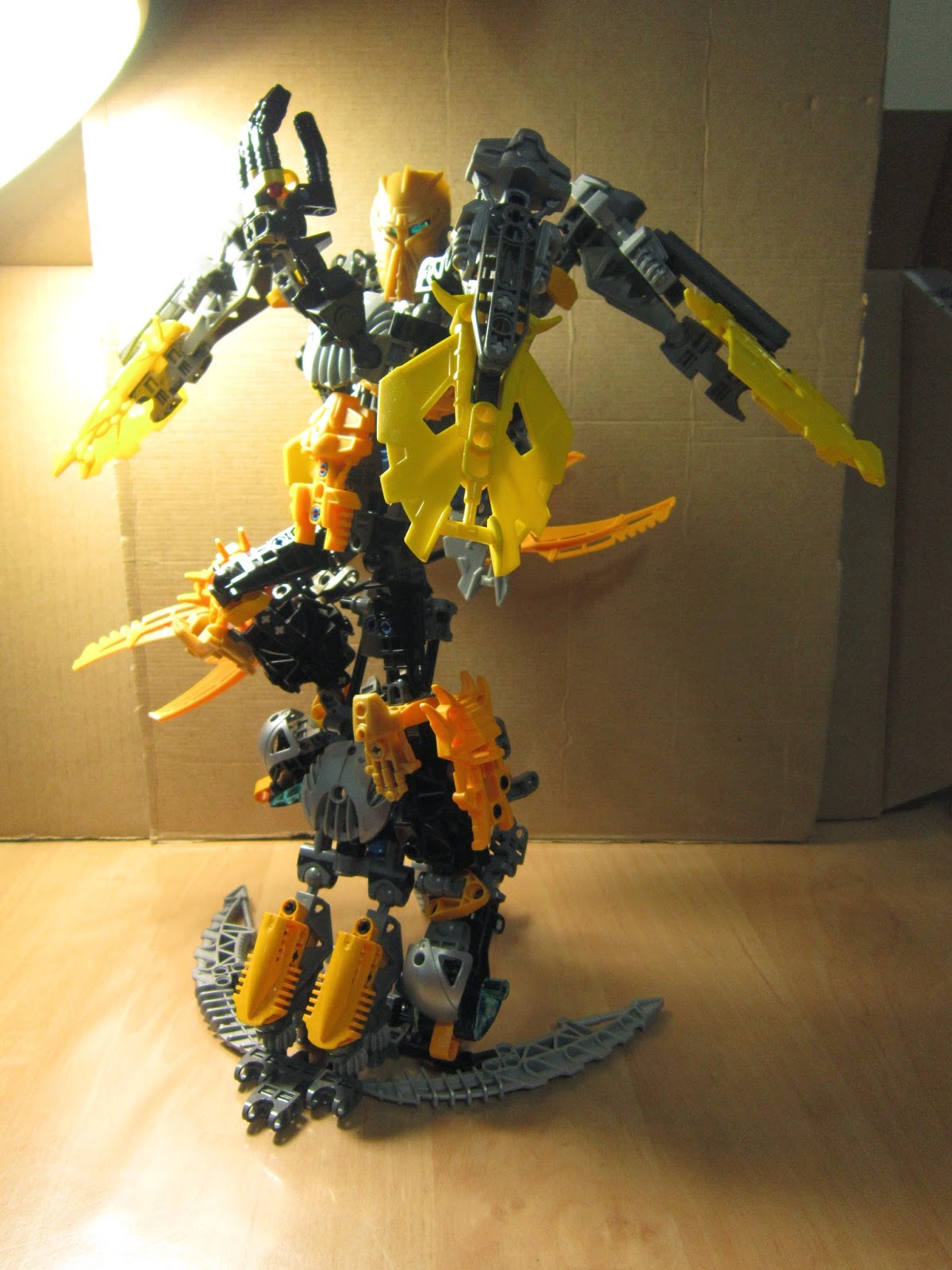 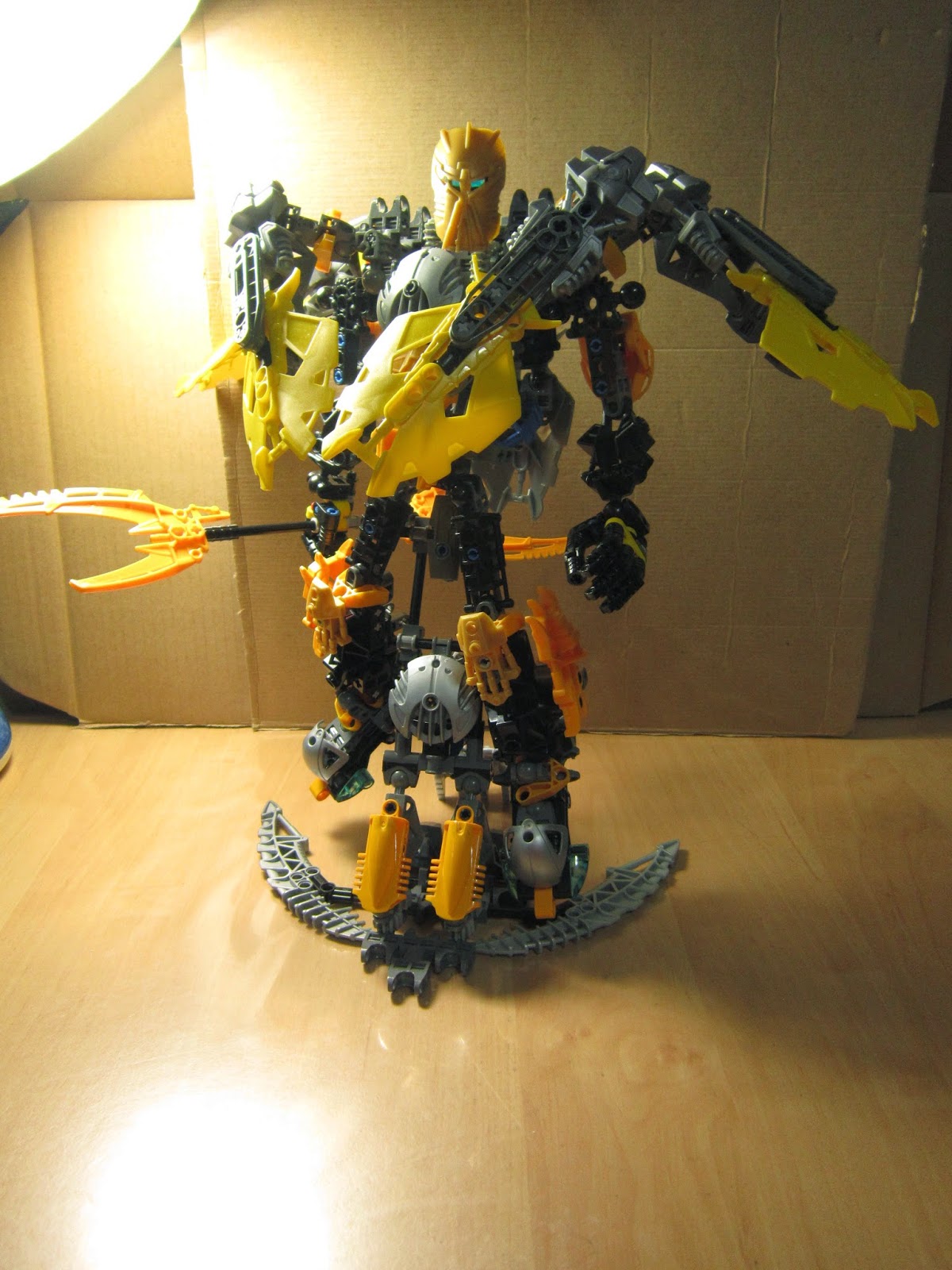 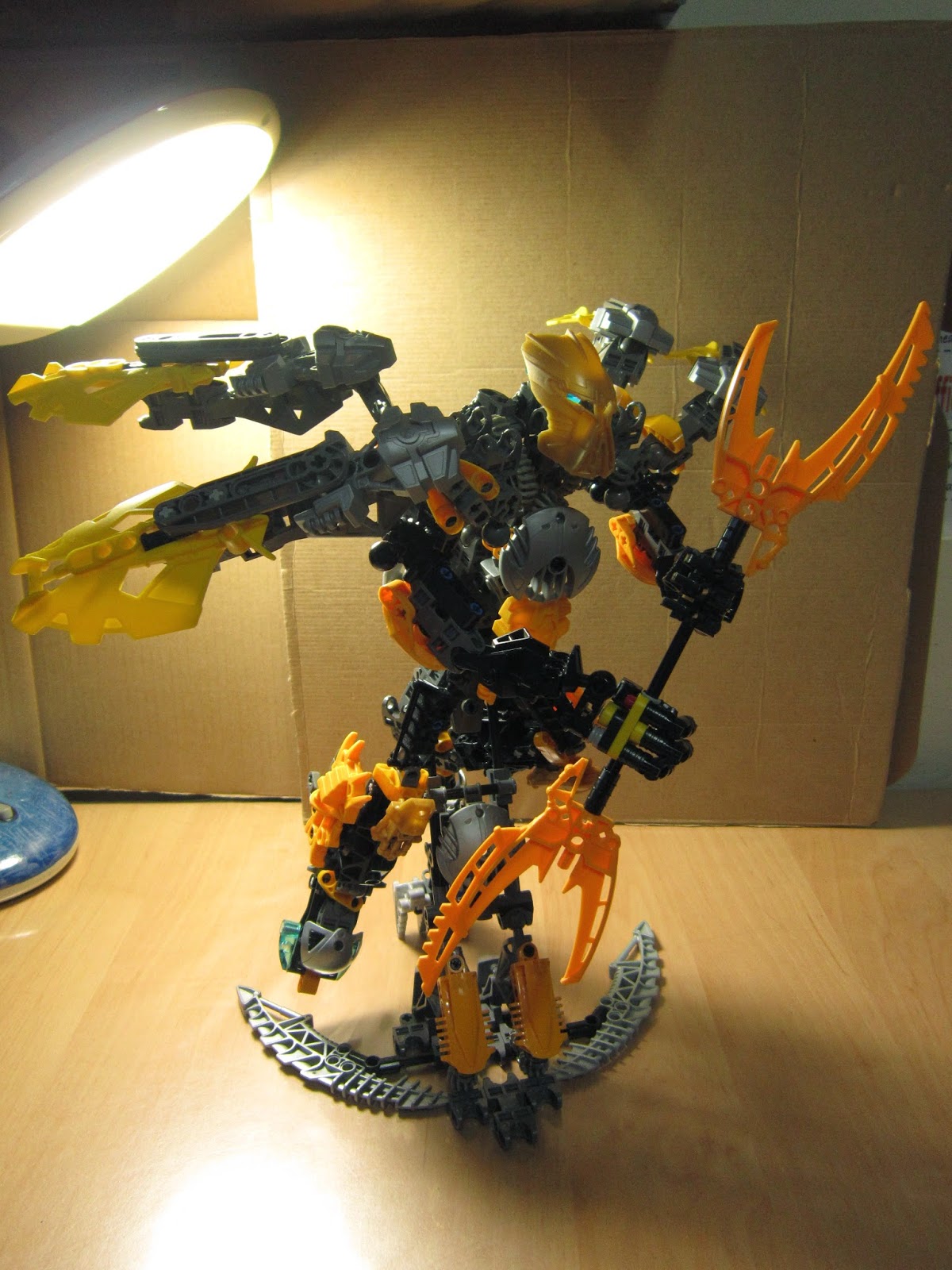 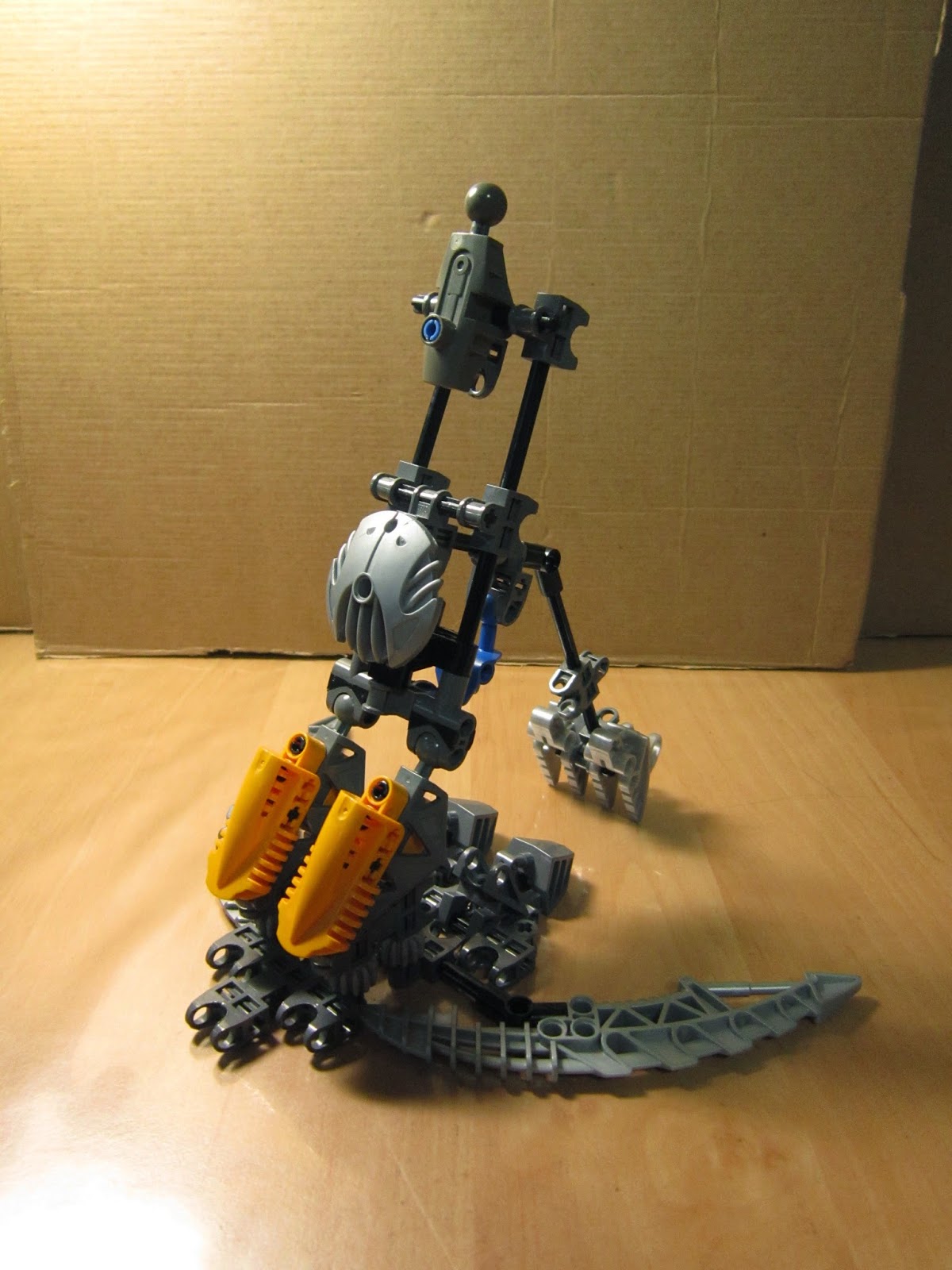 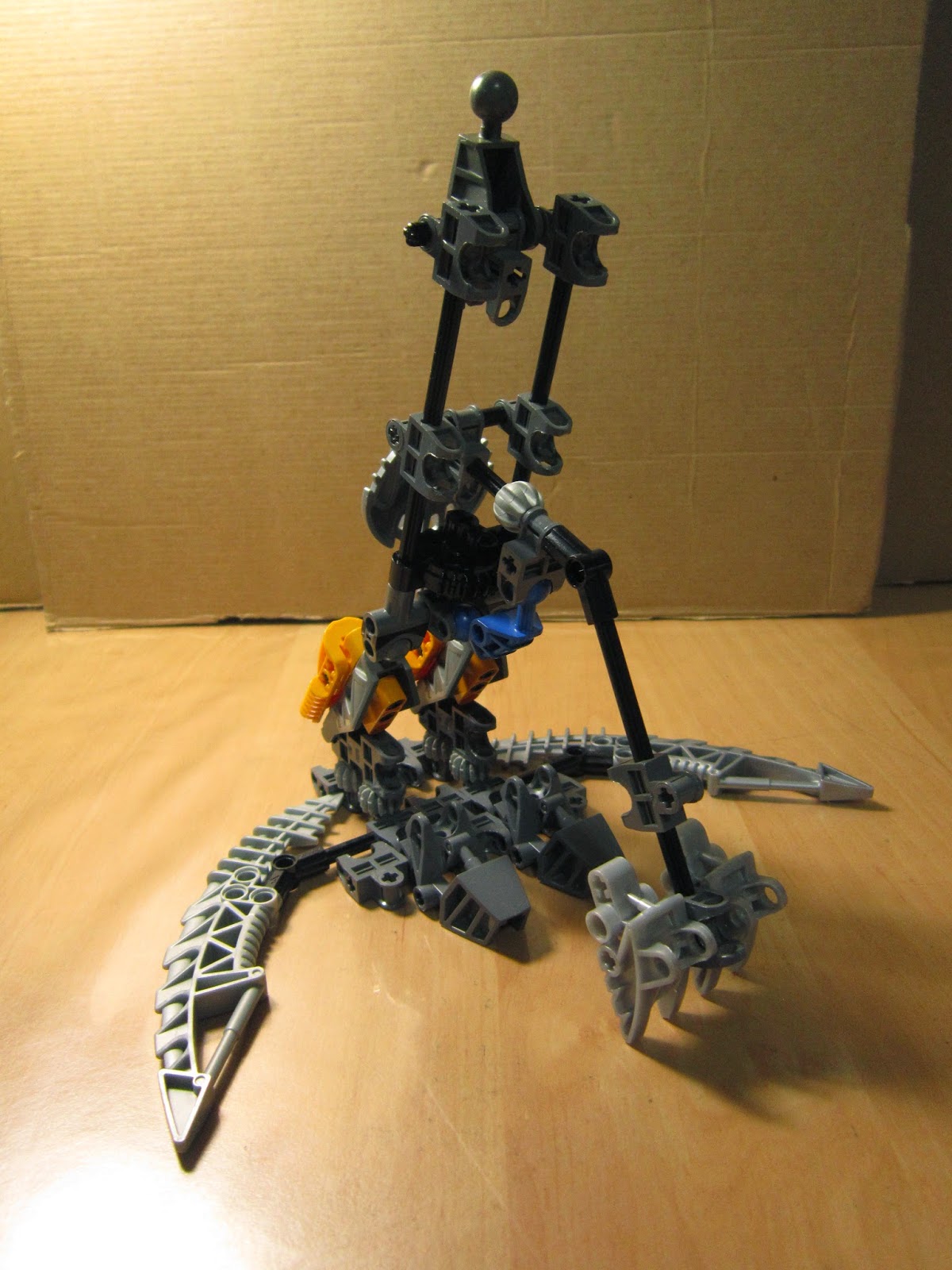 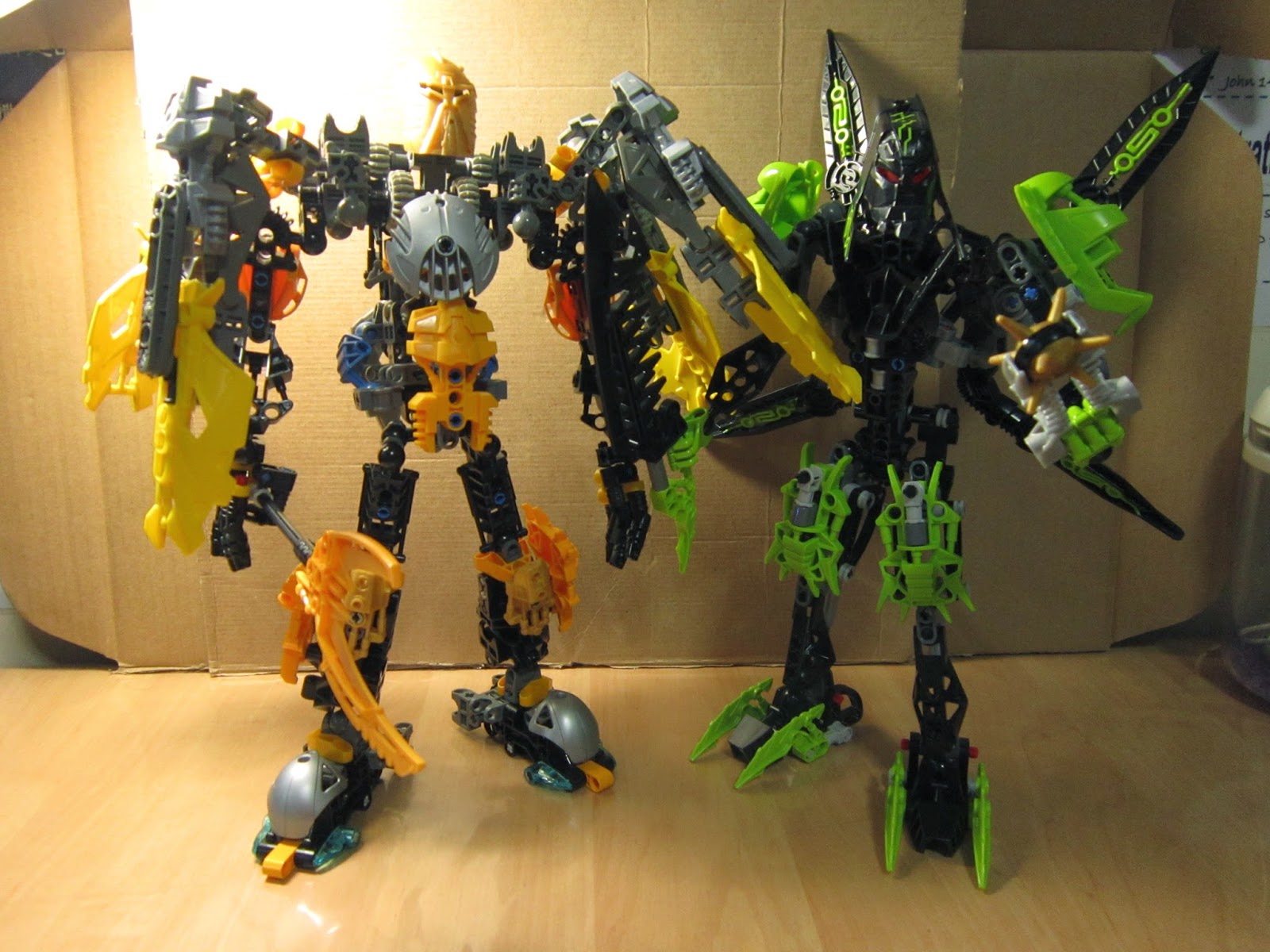 And yes, Mata Nui is a FRIEND of Tuma! 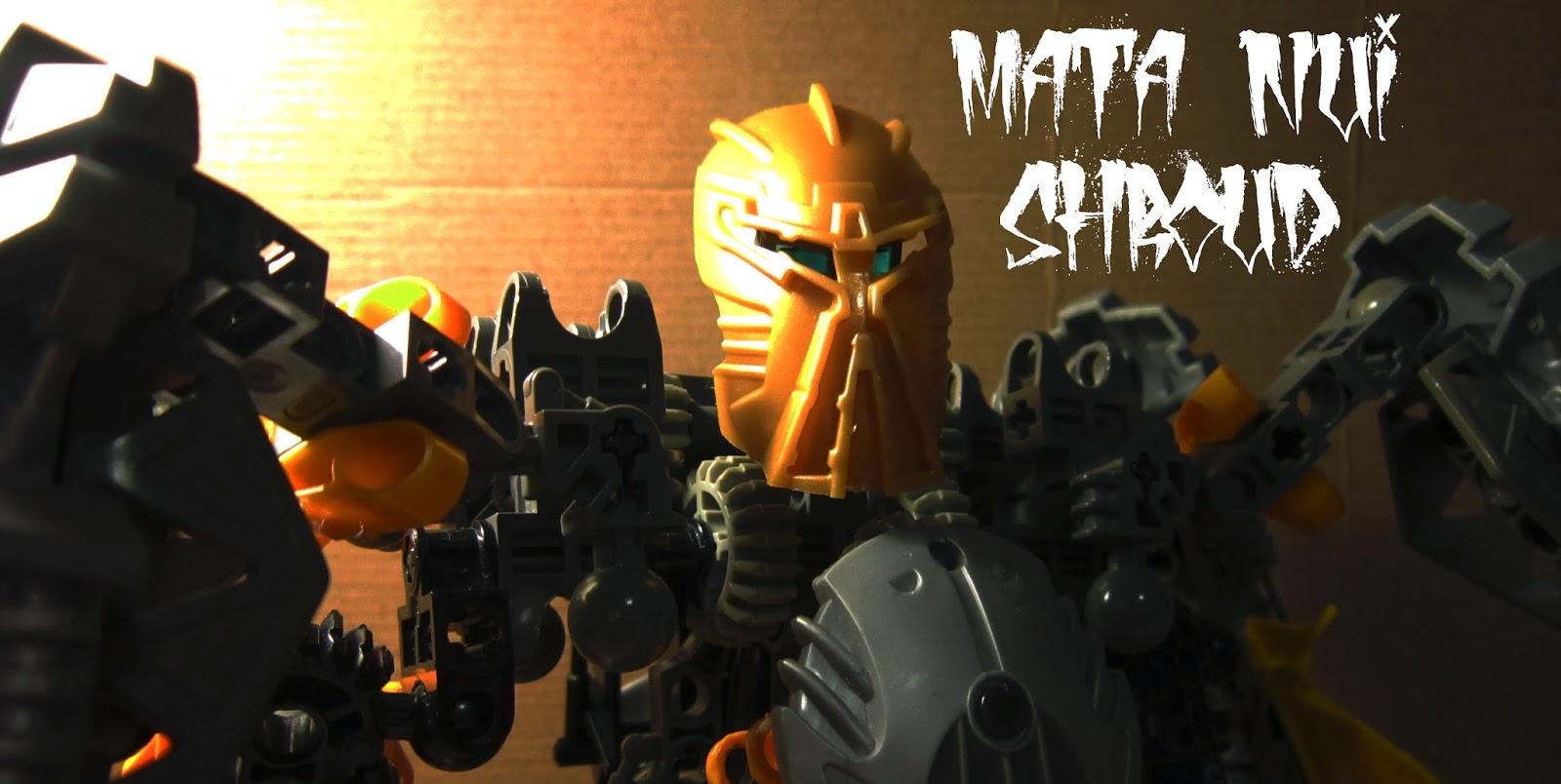 Font: Urban Decay by zofos
Posted by Waaja at 12:02 AM

Waaja is based in Singapore. He picked up his first Bionicle set when he was 9 years old, and has been MOCing seriously since 2010. Besides MOCing, Waaja also likes creative writing.
Waaja also likes Yakisoba and Bubbletea. :D
You can contact Waaja at WaajaBlogs@hotmail.com (No spam mails will be entertained!)
And please do visit his writing blog: WaajaWrites.blogspot.com!